My first release, Foundations, is out now in digital-only format as of 26th July 2019. It is available for pay-what-you-like download on Bandcamp and all major streaming platforms. 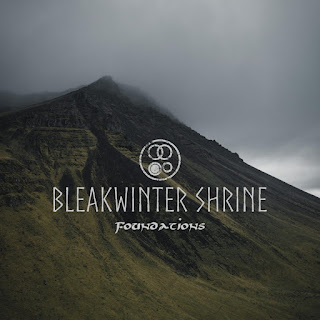 I wrote and recorded the vast majority of the music between summer 2016 and late-winter 2017. I have gone back to the recordings 2 or 3 times since, re-mixing, tweaking and obsessing over them each time until I lose interest again. This time, I've decided that the songs are at a point where I am happy enough with them that I can let them go into the wild. I have messed about with them for long enough, it's time to draw a line under them and move on to working on the next release.

As I worked on the tracks, it seemed natural to name each one after large natural features that came to mind as I listened back to them, I hope this is something that comes across for anyone else who hears the record.
at July 26, 2019