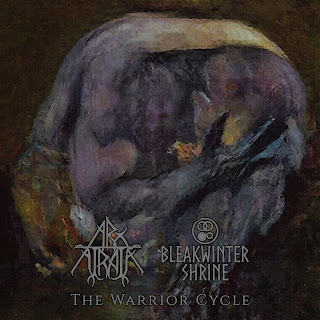 The Warrior Cycle is a collaborative split album between myself and the immensely talented Ben Sizer of Arx Atrata and Arx Silvestris. Fully instrumental, it tells the tragic story of The Warrior through tracks of atmospheric post black metal, interspersed with 3 ambient interludes provided by Ben's Arx Silvestris project.

This release was really interesting to work on, and once again allowed me to try out a few new techniques for recording and mixing, including some bodhran playing and a greater use of synths than previous releases.

The pay-what-you-like download at my Bandcamp page includes a full virtual inlay, intended to emulate a vinyl gatefold. This was also something new which I am planning to create for all future releases. The inlay includes the The Warrior Cycle story concept, as well as a some liner notes from each of us about how the release came together. 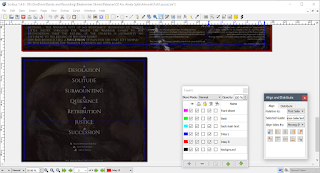 The record also available on all major streaming sites.